THE HENRY DUNSTER SOCIETY
AN OPEN DISCUSSION OF THE “450TH ANNIVERSARY”
OF THE FOUNDING OF BURY GRAMMAR SCHOOL*
* There is only one, major published work on the history of Bury Grammar School. It was written by Dr. Ian Fallows, formerly Vice Captain of School, Exhibitioner of Emmanuel College, Cambridge, and for many years the Headmaster of Batley Grammar School. The work was published by the School itself in 2001. In 1976, Derek Hodgkiss and the late Herbert Asquith, both former Second Masters of the Boys’ School, developed and the School again published a book of essays marking the 250th anniversary of the re-founding of the School through a bequest in 1726 from Roger Kay. That 1976 publication included an essay by Sonia James,formerly Deputy Headmistress of the Girls’ School, about the history of Bury Grammar School Girls; an essay that Fallows reproduced as an appendix to his own book. A book of reminiscences was published privately by Janet Lawley, a former Headmistress, but does not purport to be a history of the Girls’ School. There have been one or two other notable contributions to the history of the School by former masters and students, published in local newspapers or on the internet. The discussion here draws on all these various sources. 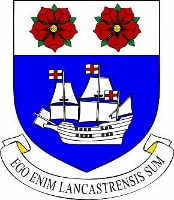